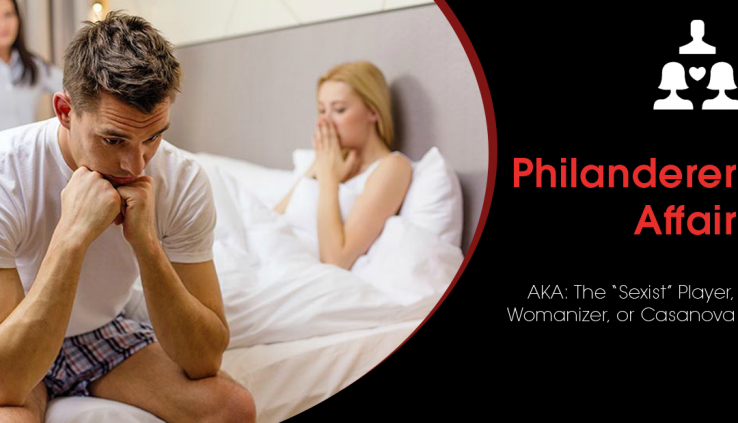 Posted By mmadmin
The “Sexist” Player, Womanizer, or Casanova

Philanderer Affair – AKA: The “Sexist” Player, Womanizer, or Casanova

“What most women don’t realize is that a mans’ philandering has nothing whatsoever to do with them.”

The phil in philanderer means “love” and a philanderer’s love never seems to stop. “So many ladies, so little time…” — That may just be the motto of the quintessential philanderer, those delightful serial womanizers who specialize in brief affairs of the carnal kind.

Philandering is a predominantly male activity. Philanderers take up infidelity as a hobby. Philanderers are likely to have a rigid and concrete concept of gender; they worship masculinity, and while they may be greatly attracted to women, they are mostly interested in having the woman affirm their masculinity. They don’t really like women, and they certainly don’t want an equal, intimate relationship with a member of the gender they insist is inferior, but far too powerful. They see women as dangerous, since women have the ability to assess a man’s worth, to measure him and find him wanting, to determine whether he is man enough.

These men may or may not like sex, but they use it compulsively to affirm their masculinity and overcome both their homophobia and their fear of women. They can be cruel, abusive, and even violent to women who try to get control of them and stop the philandering they consider crucial to their masculinity. Their life is centered around displays of masculinity, however they define it, trying to impress women with their physical strength, competitive victories, seductive skills, mastery of all situations, power, wealth, and, if necessary, violence. Some of them are quite charming and have no trouble finding women eager to be abused by them.

Gay men can philander too, and the dynamics are the same for gay philanderers as for straight ones: the obvious avoidance of female sexual control, but also preoccupation with masculinity and the use of rampant sexuality for both reassurance and the measurement of manhood. When men have paid such an enormous social and interpersonal price for their preferred sexuality, they are likely to wrap an enormous amount of their identity around their sexuality and express that sexuality extensively.

Philanderers may be the sons of philanderers, or they may have learned their ideas about marriage and gender from their ethnic group or inadvertently from their religion. Somewhere they have gotten the idea that their masculinity is their most valuable attribute and it requires them to protect themselves from coming under female control. These guys may consider themselves quite principled and honorable, and they may follow the rules to the letter in their dealings with other men. But in their world women have no rights.

To men they may seem normal, but women experience them as narcissistic or even sociopathic. They think they are normal, that they are doing what every other real man would do if he weren’t such a wimp. The notions of marital fidelity, of gender equality, of honesty and intimacy between husbands and wives seem quite foreign from what they learned growing up. The gender equality of monogamy may not feel compatible to men steeped in patriarchal beliefs in men being gods and women being ribs. Monogamous sexuality is difficult for men who worship Madonnas for their sexlessness and berate Eves for their seductiveness.

Philanderers’ sexuality is fueled by anger and fear, and while they may be considered “sex addicts” they are really “gender compulsives” desperately doing whatever they think will make them look and feel most masculine. They put notches on their belts in hopes it will make their penises grow bigger. If they can get a woman to die for them, like opera composer Giacomo Puccini did in real life and in most of his operas, they feel like a real man.

There are female philanderers too, and they too are usually the daughters or ex-wives of philanderers. They are angry at men, because they believe all men screw around as their father or ex-husband did. A female philanderer is not likely to stay married for very long, since that would require her to make peace with a man, and as a woman to carry more than her share of the burden of marriage. Marriage grounds people in reality rather than transporting them into fantasy, so marriage is too loving, too demanding, too realistic, and not romantic enough for them.

I hear stories of female philanderers, such as Maria Riva’s description of her mother, Marlene Dietrich. They appear to have insatiable sexual appetites but, on closer examination, they don’t like sex much. They do like power over men, and underneath the philandering anger, they are plaintively seeking love.

Straying wives are rarely philanderers, but single women who mess around with married men are quite likely to be. Female philanderers prefer to raid other people’s marriages, breaking up relationships, doing as much damage as possible, and then dancing off reaffirmed. Like male philanderers, female philanderers put their victims through all of this just to give themselves a sense of gender power.

·      He may get along with family members better than his wife

·      Often adored and pampered by his mother

·      Father would have left the family in some way by cheating, withdrawing, or chasing other women

Therefore, masculinity is seen as an escape from female control, either because his father achieved it or because he wanted to but couldn’t. He wants women to serve him – masculinity and dominance = safety & happiness. Therefore, a woman could never be his equal.

Female philanderer’s have had philandering fathers, whom seen their daughter different from other women. They may have had an unfaithful husband, so they turn to seduce then humiliate men.

Often a philandering woman will be the “other woman” seen in others’ affairs, as she now destroys other marriages. Sex is the weapon of weapons

WHY THIS AFFAIR HAPPENS

Successful men often perceive that they are entitled to enjoy the fruits of their labor by taking advantage of the women who are enamored of them.

These prominent men are captivated by opportunities for the conquest of beauty queens who scorned them when they were young, awkward, and starting their climb up the ladder.

Infidelity is a legacy carried down through the generations in families such as the Kennedys where the men are committed to family life but have affairs, and the women “stand by their men.”

Occupations which were prone to rampant infidelity as an industry standard before the advent of sexual harassment suits not only condoned extracurricular “fooling around” by married men but actually fostered “territorial amnesia” by providing women for hire at conventions.

I have heard a number of men try to diminish the impact of their infidelities by saying, “You shouldn’t be this upset. It didn’t mean a thing.” When the wife asks how they would feel if the shoe was on the other foot, the common response is, “I’d kill you, but I know you’d never do anything like that.” They inherently recognize that a wife’s affair is usually more threatening to the stability of the marriage because of the greater likelihood of an emotional involvement. 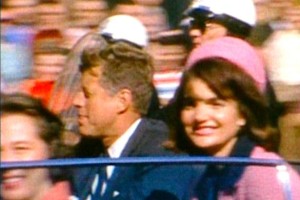 What predispose politicians to infidelity?  There are many possible factors: a need to express power, a love of conquest, perhaps narcissism. All characteristics that may serve a politician well in other areas. But in my view the factor most responsible for philandering in public officials is a predisposition for risk-taking, which also happens to be an essential quality for politicians.

Many of America’s great successes and achievements couldn’t have happened without risk-takers. The nation was founded by men who weren’t afraid to rise up against one of the world’s great empires. Risk-takers want to live exciting, interesting, challenging lives. They tend to believe they control their fates. They are often attracted to variety, novelty, intensity and uncertainty. They are often creative, show independence of judgment and tend to have strong sexual drives and high energy.

Another factor in the frequent infidelities of politicians is the fact that they are often surrounded by acolytes — adoring followers, campaign workers, office staff — all focused on pleasing the politician. That adoration can stand in stark contrast to, say, a wife back home who resents that she’s now the only one to take out the garbage, walk the dog and ferry the kids to soccer practice. 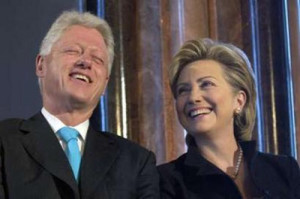 Even though we tend to eventually forgive our politicians for their sexual misadventures, they rarely run again once their infidelities have become widely known.

Read an article on why politicians cheat on their wives

CAN A PHILANDERER CHANGE?

The philanderer will find monogamy difficult.

If he really wants to change, and this will be difficult, then he has to believe that the affairs are hurting him. Recovery means much more than just stopping the sex/cheating. It means a different level of honesty and equality, a shifting level of marriage sexuality, and above all, a rethinking of everything these men think they know about Gender!

The changes required for the spouse would be equally drastic. If a woman is determined to stay, she must be careful to keep a distance. She has to understand that the reason for his behavior is that he believes his life is dependent upon escaping her control. There is no way in which she can please him sufficiently, or impress him enough so he can declare her an equal. She must pursue her own life giving him as much independence as he requires, while she takes as much freedom as she needs to develop our own self-esteem.

Guild producing dependency will only bring out the worst in him, and will deprive her of a life that could be fulfilling.

Threats will not help, but using a plan separation can often wake the man up.

Many men and women in these situations are not willing to make such drastic changes, and if they did, they might be little basis left for the marriage.

Recovery and healing are possible if the philandering husband takes responsibility for his actions, is truthful about the full extent of his betrayal(s), is empathic about the pain he has caused, and is truly committed to a monogamous marriage. The motivation for change is often the destructive consequences of the behaviors or the pain caused to loved ones. Couples counseling is used to explore the causes, open the windows of honest communication, and rebuild the marriage.