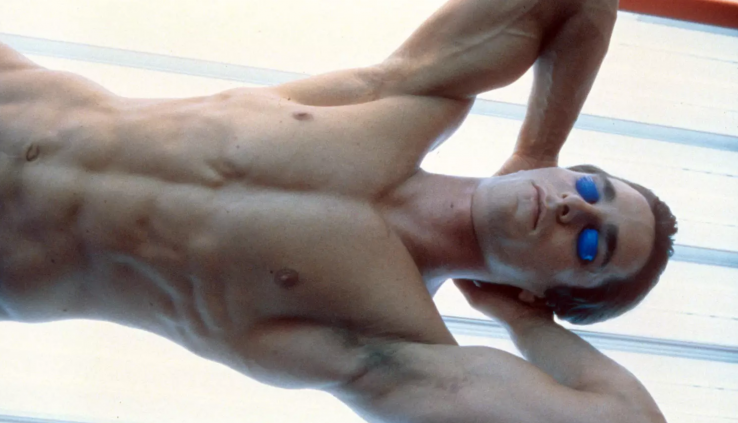 Posted By mmadmin
9 Ways to Spot a Sociopath

Ever suspected someone you know might be one? These are the sociopathic traits to watch for.

When you think of a sociopath, you probably picture Christian Bale in American Psycho, or Anthony Hopkins in Silence of the Lambs. But like most mental health conditions, sociopathy—or antisocial personality disorder (ASP)—exists on a spectrum; and not all sociopath are serial killers. One study estimated that as many as 3.8% of Americans would meet the condition’s diagnostic criteria. So odds are, you know someone who has ASP.

“It’s a syndrome characterized by lifelong misbehavior,” says Donald W. Black, MD, professor of psychiatry at the University of Iowa Carver College of Medicine. “People with an antisocial personality disorder tend to be deceitful, impulsive. They ignore responsibilities and, in the worst cases, they have no conscience.”

The disorder can be relatively mild, he adds: “Maybe they lie, maybe they get into trouble with their spouses, and that’s about it.” At the other end of the spectrum are thieves and murderers, says Dr. Black, who is the author of Bad Boys, Bad Men: Confronting Antisocial Personality Disorder (Sociopathy). “Most people are in the middle.”

One thing to note: While we tend to use the terms “sociopath” and “psychopath” interchangeably, they mean different things. Whereas most sociopaths are prone to impulsive behavior and often seen as disturbed or unhinged, a psychopath is cold and calculating, sometimes even charming. “I view [psychopathy] as the extreme end of the antisocial spectrum,” says Dr. Black, “because virtually all psychopaths are antisocial, but not all antisocials have psychopathy.”

To be diagnosed with ASP, a person must be at least 18 years old and have a history of aggression, rule-breaking, and deceit that dates back to their childhood. Here are some of the other red flags to watch out for, based on criteria listed in the DSM-V.

Perhaps one of the most well-known signs of ASP is a lack of empathy, particularly an inability to feel remorse for one’s actions. “Many people with ASP do seem to lack a conscience, but not all of them,” he explains. Psychopaths always have this symptom, however, which is what makes them especially dangerous. “When you don’t experience remorse, you’re kind of freed up to do anything—anything bad that comes to mind,” says Dr. Black.

People with ASP find it hard to form emotional bonds, so their relationships are often unstable and chaotic, says Dr. Black. Rather than forge connections with the people in their lives, they might try to exploit them for their own benefit through deceit, coercion, and intimidation.

Sociopaths tend to try to seduce and ingratiate themselves with the people around them for their own gain, or for entertainment. But this doesn’t mean they’re all exceptionally charismatic: “It may be true of some, and it is often said of the psychopath that they’re superficially charming,” says Dr. Black. “But I see plenty of antisocial men in my hospital and in our out patient clinic and I would not use the term charming to describe them.”

Sociopaths have a reputation for being dishonest and deceitful. They often feel comfortable lying to get their own way, or to get themselves out of trouble. They also have a tendency to embellish the truth when it suits them.

Some might be openly violent and aggressive. Others will cut you down verbally. Either way, people with ASP tend to show a cruel disregard for other people’s feelings.

Sociopaths are not only hostile themselves, but they’re more likely to interpret others’ behavior as hostile, which drives them to seek revenge.

To get our best mental health stories delivered to you inbox, sign up for the Healthy Living newsletter

Another sign that someone might have ASP is a disregard for financial and social obligations. Ignoring responsibilities is extremely common, says Dr. Black. Think, for example, not paying child support when it’s due, allowing bills to pile up, and regularly taking time off work.

We all have our impulsive moments: a last minute road trip, a drastic new hairstyle, or a new pair of shoes you just have to have. But for someone with ASP, making spur of the moment decisions with no thought for the consequences is part of everyday life, says Dr. Black. They find it extremely difficult to make a plan and stick to it.

Combine irresponsibility, impulsivity, and a need for instant gratification, and it’s not surprising that sociopaths get involved in risky behavior. They tend to have little concern for the safety of others or for themselves. This means that excessive alcohol consumption, drug abuse, compulsive gambling, unsafe sex, and dangerous hobbies (including criminal activities) are common.

Can ASP be treated?

Therapy can help manage some of the symptoms and side effects, particularly in milder cases. But it’s unusual for a sociopath to seek professional help. “One of the curious things about this disorder is a general lack of insight,” explains Dr. Black. “They may recognize that they have problems. They notice that they get into trouble. They may know that their spouses are not happy with them. They know that they get into trouble on the job. But they tend to blame other people, other circumstances,” says Dr. Black.

The good news is that symptoms of ASP seem to recede with age, says Dr. Black, especially among milder sociopaths and those that don’t do drugs or drink to excess. But if you know someone with ASP, the best thing to do is steer clear, warns Dr. Black: “Avoid them. Avoid them as best as you can because they are going to complicate your life.”