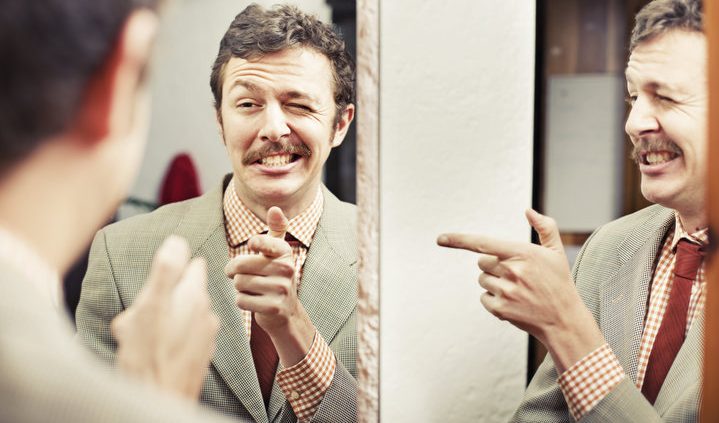 Posted By mmadmin
18 Ways To Spot A Narcissist

Chances are, you’ve encountered a narcissist. You know, that friend who somehow manages to revert every topic of conversation back to himself; the colleague who is always bragging about having the latest, greatest ____; the family member who thinks she is hotter, smarter and just generally better than you at everything.

Interacting with a narcissist can be draining, and that’s why it’s important to be able to identify them — especially if you have a date with one.

But sometimes the signs of narcissism are a little more nuanced. They’re not always as obvious as media depictions would have you believe. And yes, it’s possible to have some traits of narcissism without having full-blown, clinically diagnosed narcissistic personality disorder, which is when narcissism starts to have a serious, negative impact on everyday life and relationships.

“People are on a continuum — there’s a range of narcissism,” W. Keith Campbell, a narcissism researcher and co-author of The Narcissism Epidemic: Living in the Age of Entitlement, explains to HuffPost. “Most people are sort of in the middle, though some are more extreme than others.”

When you think about the people you come into contact with every day — whether it be a friend, romantic partner or colleague — do any of the following seem to ring a bell? If so, you may be dealing with a narcissist.

Narcissists tend to be great at first impressions, coming across as very charismatic and personable, which is also why they can perform quite well in job interviews.

“Often the image you see of someone who is narcissistic at the beginning could be very positive, but over a longer term, it turns out to be more negative,” Campbell said. “So that’s where the surprise comes in — it’s like, ‘Oh my gosh, this is the person I just hired, and now look at what I’m dealing with.’”

2. Not all narcissists are loud and proud. In fact, some are quiet and shy.

While the loud and braggy types are the ones people usually picture when thinking about narcissists, they can actually be quiet and reserved. Zlatan Krizan, an associate professor in the Department of Psychology at Iowa State University, explains that there’s actually two kinds of expressions of narcissism: grandiose, which is where the bragging and showing off is exhibited, and shy, where a person may not be as forthright “or be out there with a bullhorn, but is sitting in the corner, fantasizing about when their day will come, and resenting others.”

That’s not to say that narcissists are always either grandiose or shy. In most people, there’s elements of both shy narcissism and grandiose narcissism. “We like to put people in a box,” Krizan said, “but when you look at how these personality traits present themselves, you see separation only at extreme levels.”

3. They can often be found in leadership roles.

Not that that makes them good leaders, notes researcher Jean Twenge, co-author of The Narcissism Epidemic with Campbell. But narcissists often find themselves in leadership positions because “people who are narcissistic want to be leaders. They don’t necessarily make better leaders, but they want to do it, so they’re more likely to end up in those positions.”

4. They always manage to make the conversation about themselves.

“You could start talking to a person about how you have cancer, and pretty soon you’re talking about their new car,” Campbell explained.

It’s all in the name of self-promotion and making themselves seem better — which includes the tactic of name-dropping, Campbell says.

6. Not every story a narcissist tells is one of victory. But even in the stories of tragedy or failure, there’s an air of entitlement and victimization.

Narcissists will often tell stories about themselves — sometimes repeating the same story over and over again — and many times, the story will be about an instance of personal heroism or an exploit. But even when a story is of something negative that happened, it’ll never be the narcissist’s fault.

There’s “more emotional victimization,” Krizan explained. There’s still an air of self-reference “about not being understood or people not recognizing your value. It’s about me and how I’m great,” but others aren’t realizing it.

Now, we’re not saying that all shopaholics or materialistic people are narcissists, or that all narcissists are also shopaholics. But one of the hallmark traits of narcissism is the desire to display high status, and this is often done with material items, Twenge says.

“One place to differentiate it is that sometimes the shopaholic will tell you what good a deal she got on something, and the narcissist is more likely to emphasize how prestigious or status-oriented the thing is,” she said. “The really prototypical example: They drive up in a Ferrari, but they won’t tell you what a good deal they got on it.”

8. Appearance is everything to them.

9. They have lots of friends on social media — and not a single bad picture.

“People who are narcissistic use it to maintain status, and so what they do is they tend to have more attractive photos, and more self-promoting, broader networks — more ‘friends’ — on Facebook,” Campbell explained.

Subscribe to HuffPost’s wellness email
The essential guide to taking care of your mind and body.

10. They are strongly averse to criticism.

While no one can honestly say they like receiving criticism, people with narcissism are hyper-sensitive to it, Krizan says.

11. Excuses are a narcissist’s best friend.

Narcissists tend to externalize blame, pinning the blame on everyone but themselves.

“They’re good at making excuses and not taking credit for mistakes they make,” Campbell said.

12. They leave a trail of wreckage behind them.

Does this person have a history of bad relationships and work experiences? Consider that a red flag. With narcissist CEOs for instance, you’ll see that “that they’ve gone into companies, kind of wrecked them, then moved onto something else,” Campbell explained. “In relationships, they may have infidelity, which destroys that relationship, and then they’ll move on to another one.”

13. And in that vein, they may be more likely to cheat.

That’s because a narcissist won’t put the feelings of the partner above his or her own. There’s also the undeniable self-esteem boost that comes when you find out another person — even if that person is not your partner — is attracted to you. Together, these two elements help to explain why infidelity may be more common among narcissists, Campbell says.

Particularly in the quieter narcissists, there may not be signs of overt self-reference and promotion. But there is defensiveness and reactive anger if they are not recognized or if they can’t get their way.

“If you do something to [the narcissist] that he doesn’t like, it means you’re against him or you don’t understand him,” Krizan said.

15. A narcissistic person probably has no idea he or she is a narcissist.

“Narcissism in itself is sort of a double whammy, not just because you have disturbances or believe you’re special in some way more than others, but because those things in themselves will prevent you from seeing that you have these problems,” Krizan said.

In the more shy narcissists who may also experience symptoms of depression or anxiety, those other things may spur them to get professional help. But “the grandiose people, because they feel superior or because they may even have initial success, they’re very unlikely to seek treatment,” he explains. “It would only be after they develop so many problems where they ask themselves, ‘I feel so great, I know I’m awesome, but why did everybody leave me?’”

16. You find yourself resorting to flattery just to maintain the peace with a narcissist.

17. Narcissists are not low in self-esteem.

A common belief is that people who are high in narcissism are secretly low in self-esteem — but this just isn’t true. As far as narcissists in a typical population are concerned, “they have a very high self-esteem and don’t have a deep-seated insecurity, as far as we can tell,” Twenge says. Indeed, Campbell adds that narcissists seem to be confident through and through.

18. Men are more likely to be narcissists than women.

And the level of narcissism is higher among today’s millennials than previous generations at similar ages, Twenge adds. As far as whether some professions or cultures have more narcissists than others — more research needs to be done to determine that.